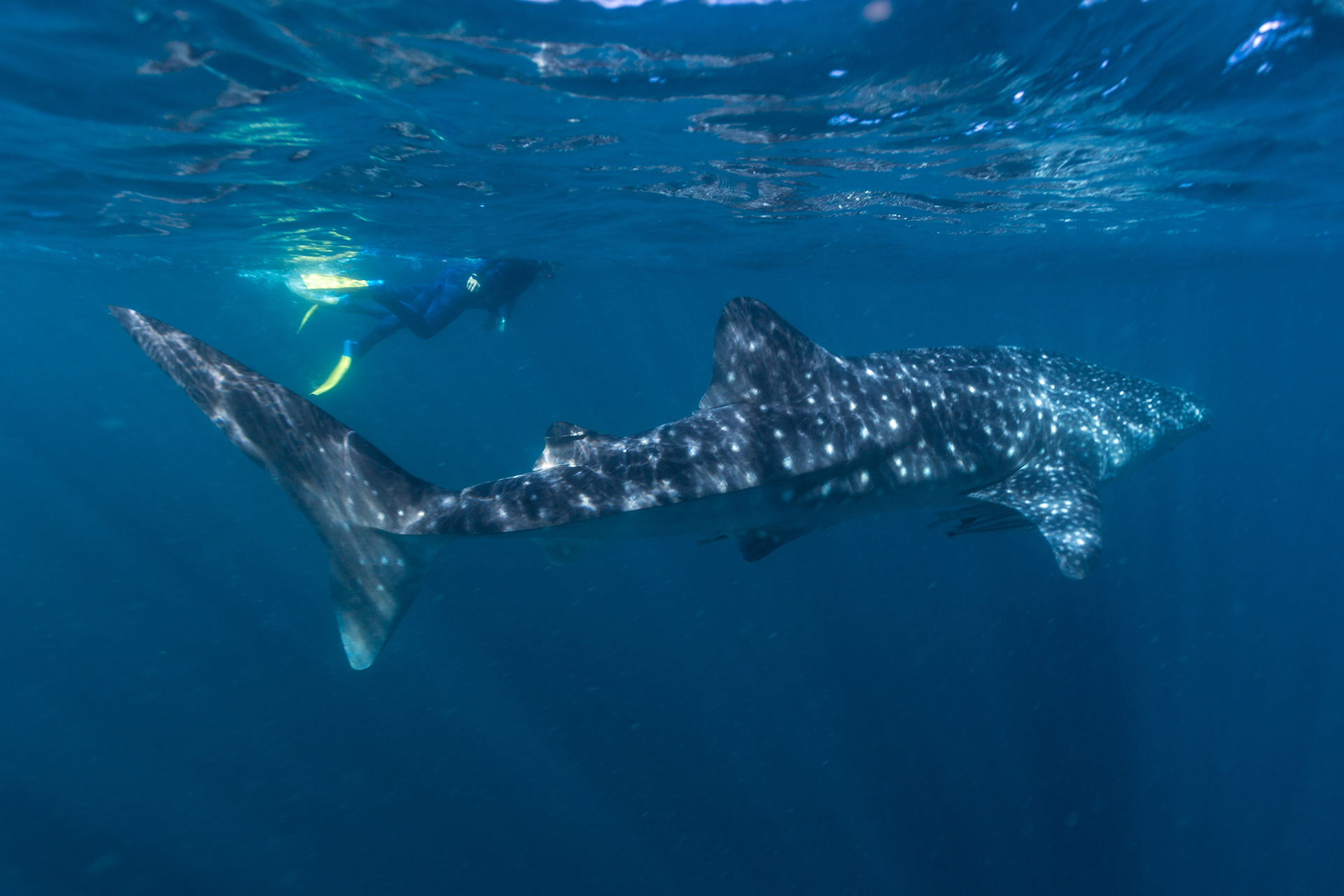 After a record-breaking summer here in Western Australia, we couldn’t be more excited now that March has arrived. Autumn brings slightly cooler temperatures and the first sightings of whale sharks in the World Heritage-listed Ningaloo Reef.

From March to July, locals and tourists make their way to Exmouth and Coral Bay for a once in a lifetime opportunity to see and swim with the world’s largest fish. Whale sharks are now back in Ningaloo, and the first tours of the season have officially started.

Swimming with whale sharks is at the top of my bucket list. Where can I swim with them?

As you probably already know, there’s only a handful of places in the world where you can swim with whale sharks. The Maldives, Mexico and the Philippines are popular destinations for this bucket list activity. Here in Australia, this incredible once in a lifetime experience is unique to Australia’s Coral Coast. Western Australia is, in fact, the only state in Australia to see whale sharks in their natural habitat. Local tourism businesses operate tours out of both Exmouth and Coral Bay.

What time of year can I swim with whale sharks?

Whale sharks arrive in the Ningaloo Reef to feed on mass coral spawning between March and July. The months of March and April provide the best opportunity for sightings. Tours operate from mid-March to the end of June in Coral Bay and then slightly longer in Exmouth. They usually hang around the area until late August/early September. It’s not unheard of to see whale sharks in October, and some sightings even in November. Although sightings during these months aren’t guaranteed. Don’t be too disappointed if you have to wait until next March to see them back in Ningaloo.

Is it safe to swim with whale sharks?

Yes, it is! Whale sharks are slow-moving filter feeders and generally shy, docile creatures. And even though they have teeth, they are teeny tiny and won’t bite you. Which means it’s safe to swim with these gentle ocean giants. But please remember to follow your tour operator’s rules and pay attention to the “do’s and don’ts” for swimming with whale sharks.

While whale sharks are harmless to humans, you still have to be careful when swimming with them. Avoid swimming anywhere near their massive tails and always respect the environment and their space. Avoid getting too close and never, ever attempt to touch one. You’re solely there to observe them in their natural habitat.

What are the do’s and don’ts when swimming with whale sharks?

Whale sharks are generally indifferent to our presence. But there are a few basic rules to be aware of when you’re in the ocean with them. Your tour guide will go through the do’s and don’ts with you beforehand. The main aim is to avoid disturbing them. So, keep noise to a minimum. Rather than jumping into the water, slide in slowly off the boat, with your feet first.

When you’re in their presence, snorkel slowly and calmly. Always maintain a minimum distance of 3 metres from the head of the whale shark and 4 metres from the tail. No matter how tempting it is to swim closer, you’re there to look, not touch. Restricting their natural behaviour by getting too close will likely cause the sharks to bank or dive. And it will ruin the experience for you and everyone else participating in the whale shark swim.

Whale sharks love to feast on plankton and krill and occasionally fish. But given that their throat opening is small – about the size of a golf ball – they only consume small fish. There are two types of plankton, phytoplankton and zooplankton. Phytoplankton is composed of plants and algae. Zooplankton is plankton consisting of small animals, such as crustaceans and eggs.

Is there a minimum age to swim with whale sharks?

You should consult with your tour operator. For example, Ningaloo Discovery Whale Shark Swim & Eco Tours have no minimum age limit. Children up to the age of 16 must be with a supervising adult at all times during the tour. Both in and out of the water.

What do I need to bring with me when I book a whale shark swimming tour?

Again, please consult with your tour operator. But as a general guide, you will need to bring your swimwear, a towel, a hat, and warm clothing to wear afterwards. If you’re prone to seasickness, it’s advisable to bring some sea sickness medication along with you, just in case.

Do I need to be a strong and confident swimmer?

Not at all. But you will at least need to have a basic level of swimming ability.

You’ll find several local tour operators in Exmouth and Coral Bay offering small group whale shark see and swim tours. We recommend Ningaloo Discovery Whale Shark Swim & Eco Tours, and Kings Ningaloo Reef Tours. Both are highly experienced reputable tour operators who have been granted permission by the Department of Parks and Wildlife to get close to whale sharks. Both tour operators are based on site here at the Ningaloo Caravan and Holiday Park.

A few facts about whale sharks

Swimming with whale sharks should definitely be high up on your things to do list if you’re holidaying in Exmouth. But that’s not all there is to do here! Read more about all the fun and fabulous things to see and do in Exmouth and Ningaloo.

Should you need somewhere to stay, we have a great range of accommodation options to suit all travellers and all budgets. Our Exmouth accommodation options include self-contained chalets, luxury spa chalets and park homes, as well as camping and caravan sites. Check availability and book your stay.